Menu
Need to appeal a college…

Need to appeal a college disciplinary sanction? The “Evidence Does Not Support The Finding” student appeal category explained. 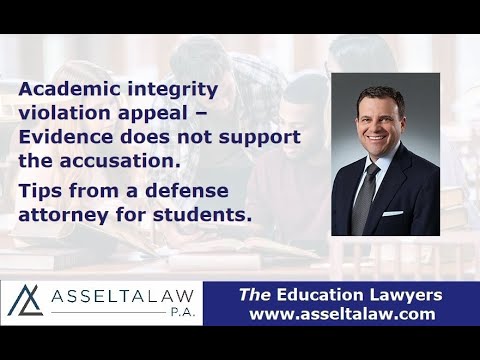 What is a student disciplinary appeal?

A college disciplinary appeal is a student’s last chance at reversing a finding of responsibility from a hearing. Appealing the decision gives the student an opportunity to have another staff member review the case.

What should I write about in my student disciplinary appeal?

The best answer I can give is, it depends. You must review the University policies regarding student appeals. They are typically limited to a few categories. Procedural errors, new evidence, and harshness of sanction. Some schools, however, offer the student to argue an additional ground. The wording can vary but many times it says something along the lines of the evidence presented does not support the findings.

What is the “Evidence Does Not Support the Finding” student appeal category?

With this category the student is arguing that the evidence that was presented, or that came out at the hearing, does not support the charge or the finding by the panel. This is not an argument where you disagree with the ultimate outcome. This is where you can identify in your appeal specific facts that were discussed at the hearing which supports your claim. A simple example could be like this: You are accused of using a cell phone during an exam. A TA originally reported in an email that he saw you using a phone. But at the hearing, the TA testifies that he could not be sure that you had a phone, that he really did not see anything and partially relied on what he heard happen. Despite that, a panel finds you responsible. In that case, you would want to point out the TA’s testimony and argue that the evidence presented at the hearing does not support that you used a cell phone. These arguments are very fact specific and require some skill to effectively make.

Can you help me write my student disciplinary appeal?

Yes. I have assisted several students write successful appeals. Having a lawyer help you write your student appeal gives you a big advantage.

Richard Asselta is a student defense lawyer who fights for students facing academic integrity and honor code violations throughout the United States. Call for a free consultation. (855) 338-5299